What is "Infrastructure as Code"?

IaC is a certain way to set up IT, it allows developers or operations teams to automatically manage and provision tech stacks for application trough software, for example MiCADOscale, instead of running manual process to configure discrete hardware and operating systems. Most of the time, IaC is based on programmable or software-defined infrastructure.

The conception of IaC is like programming scripts, used to automate processes of IT - scripts are mainly used to automate a series of static steps that must be repeated multiple times on multiple servers. Infrastructure as Code uses high-level or descriptive language to code more versatile and adaptive deployment and provisioning processes.

Example: Ansible's infrastructure-as-code capabilities, an IT administration and configuration tool, deploys the MiCADOscale Master node on the targeted infrastructure, the Master node deploys, manages and monitors the application.

The underlying elements of a web or mobile applications is called "tech stack" - in other words, the frameworks, languages and software products that provide the base for everything else.

Example: Creation of a web application with Ruby on Rails = language and framework. 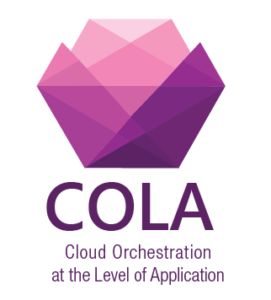